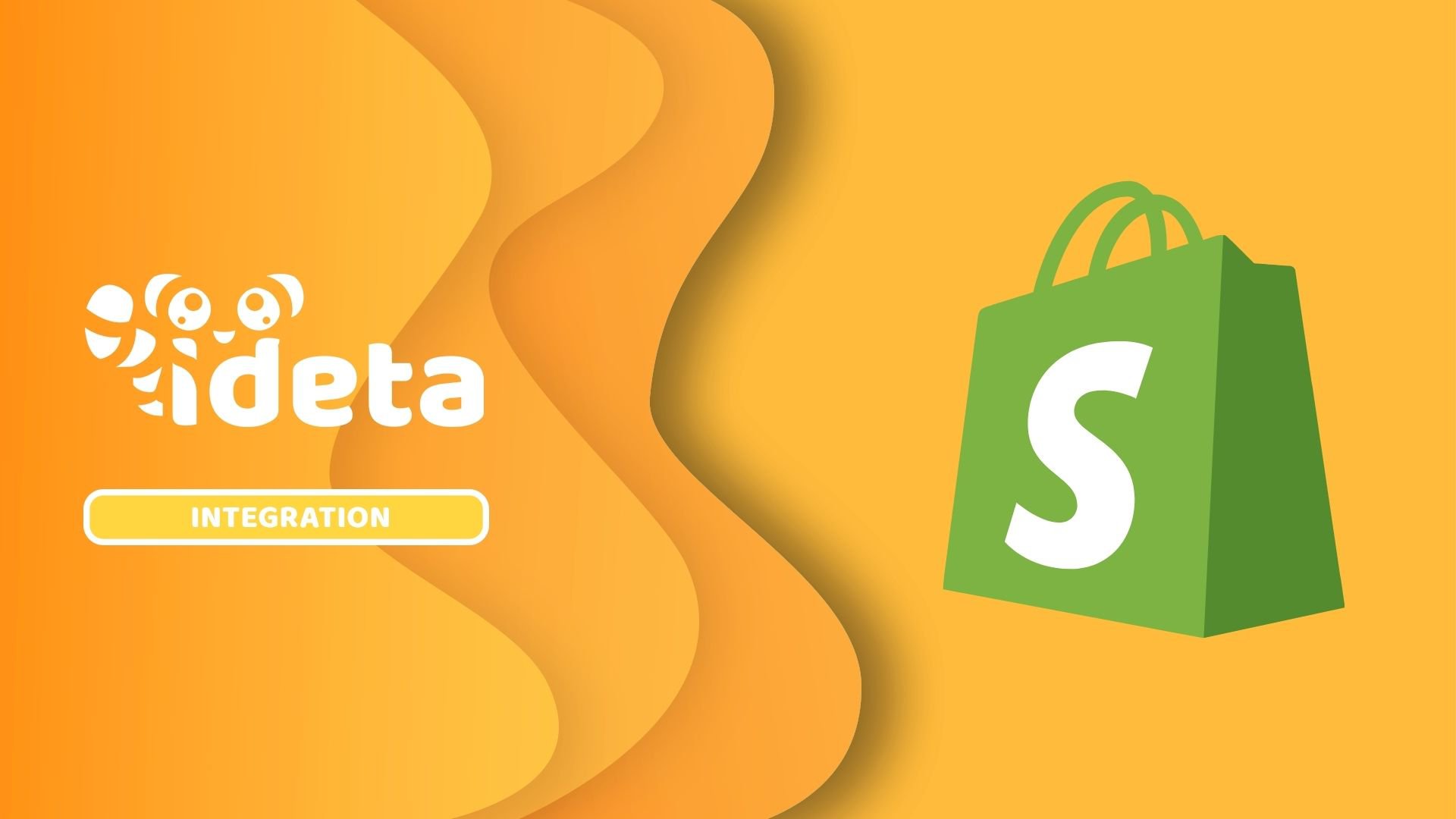 How Can a Shopify Chatbot Boost Your Conversion Rates?

Do you want to increase your sales and spread the word about your products while you're at it? If so, a Shopify Chatbot is what you need!

If you are a Shopify user, then you know how important conversion rates are. Also, if you are new to Shopify and just getting started, the same applies to you!

This article will show you how you can boost your conversion rates with a Shopify Chatbot. Not only that, but you will also increase your sales at the same time. So, without further ado, let's get started!

What Is a Conversion Rate?

Having an indicator that shows your conversion rate is beneficial. Conversion rates show how many users complete a transaction on your website. Essentially, it can show you how many people who visit your website buy something.

What's more, conversion rates can tell you if your marketing strategy is successful. For instance, if the conversion rate is high, then you are on the right track. Also, your web design is satisfying, and you know that you don't have to change it.

Shopify is a company based in Ontario, Canada. It is a platform where online stores can sell their products.

To be more specific, Shopify provides online sellers a few things. Among them are payments, shipping, marketing, and customer engagement.

What's more, with Shopify, you can sell on the web via a mobile application, social media, pop-up shops, and other shopping places available on the Internet.

What Is the Conversion Rate on Shopify?

Even if you can do all of this, how will you know if your rate is reasonable? We got you covered. In the next section, you can read about which rates are considered a good sign. Also, you will see which are the overall averages!

Research shows that a rate of above 2.58% is a reasonable rate. If you have this rate, then your company is in the top 20 on Shopify.

In addition, surveys showed that the average rate of e-commerce websites is 2.86%. Also, the survey showed that conversion rates are highest from desktop users rather than mobile and tablet.

Companies like Google use Shopify. Let's see now what their conversion rates are!

According to Invesp, Google Play had a conversion rate of 30% in 2014. This number is a great one that Google achieves with the help of a Shopify Chatbot.

Other companies included in Invesp's article are Movie Mars, Dollar Shave Club, 1-800 Contacts, and more. Their numbers are as follows:

This list does not indicate that you should have the same or higher rates than these companies. It shows that you can achieve great numbers with a bit of help.

This help can come in the form of a Chatbot.

Therefore, the next step of your journey is to learn about Chatbots. Once you do, you can finally learn about how a Shopify Chatbot can boost your conversion rates!

What Is a Chatbot?

A Chatbot, in general, is a program that uses artificial intelligence. With the help of AI, Chatbots can hold conversations in the form of a message or a voice text. In addition, Chatbots can gather data about customers and understand what they like.

The Shopify Chatbot is an excellent addition to your Shopify shop. Not only can it answer questions, but it can do this within the second. Also, Chatbots are available 24/7.

What's more, you will have a competitive advantage with a Shopify Chatbot. It will be of great assistance to you and your employees. The Shopify Chatbot is a great tool for saving money. But more on that later.

Now that you know the basics let's see how a Shopify Chatbot can help you boost your conversion rates!

How a Shopify Chatbot Can Boost Conversion Rates

In this section, you will learn some ways how a Shopify Chatbot can help you. Not only can it boost your conversion rates, but it can also increase your sales and profits. Let's see how.

A Shopify Chabot Can Boost Conversion Rates by Interacting With Customers

As you know, Shopify is an online platform where you can sell your products. Therefore, all interaction and communication with your customers are held online.

When this is the case, Chatbots are of great help. They answer customers instantly and at any time. So, whenever anyone has a question about your products they will be attended immediately.

All of this will satisfy your customers and paint an excellent picture of you in their minds. What's more, they will be happy doing business with you and will gladly come to you again.

If you think that no Chatbot can do this, think again! Ideta's Chatbot can not only interact with customers instantly, but it can also keep them informed at all times.

For instance, your presence online indicates that you can have customers from all over the world. By being available 24/7, Ideta's Chatbot can tend to everyone no matter where they're are. Different time zones will not be a problem with Ideta.

Multichannel Chatbots Can Increase Your Presence on the Market

When doing business online, presence is everything. The more present you are on the Internet, the better.

If you get a Chatbot that can be used on multiple platforms, your presence will be significant.

An example of a multichannel Chatbot is Ideta's Chatbot. You can use it on your Shopify website, Facebook, Whatsapp, Google My Business, and many more. Not only that, but you can use it everywhere without additional charges. So, for the price of your Shopify Chatbot, you can conquer the whole worldwide web!

With the significant presence that you can get with a Shopify Chatbot, you will reach more people's screens and gain more customers. What's more, you will make more sales and boost your conversion rates on Shopify!

Everyone Can Use the Shopify Chatbot

We all know that more customers equal more money. Customers have to be able to read and write to use Shopify.

However, with a Shopify Chatbot, the customers who cannot do this are considered too!

In the end, all you need to do is find a Chatbot that can do this for you. One such Chatbot is Ideta's. Ideta's Chatbot can be vocal as well as written. With this Chatbot, your Shopify website will be more accessible and your customer base larger!

You Can Take Matters Into Your Own Hands if Need Be

But, there's a problem. You already have a Chatbot that does it for you. Well, this is not a problem with hybrid Chatbots.

What's more, hybrid Shopify Chatbots can remove the possibility of a question left unanswered. Whenever there is a question that you feel a Chatbot cannot answer, you can do it yourself!

You Can Decrease Costs With the Shopify Chatbot

As you know, Chatbots can answer everyone's questions at any time. Not only is this by itself a significant benefit but there is also more.

Even though your Shopify Chatbot will require an initial investment, the costs that it will incur are lower. By having a Shopify Chatbot, you will cut costs relating to customer interaction and satisfaction.

An example of such costs is wages. You won't need to pay additional wages for employees to answer questions and interact online with customers.

Another example is training. No employees will need to be trained as you will have the Chatbot ready to do the tasks that it was designed to do.

Again, Ideta's Chatbot can do this for you. Ideta's Chatbot is ready to work, thus saving you the time and money you would usually spend on this segment of your business.

A Shopify Chatbot Is More Convenient to Use

As a user of consumer products myself, I can provide some personal insight. In essence, I have been in many situations where I have had a problem with a product I ordered.

For instance, whenever I have a problem, I won't even bother to contact the company to solve it. The process of finding a phone number or email address is not convenient. Also, waiting for a response on either phone or email is too long.

Like me, most people do not take the time to talk to the company about their problems. Instead, they will accept the product and not order from the same company again.

However, with a Shopify Chatbot, customers know that they can message you and get an immediate response. Also, the answer will be to the point and simple.

Therefore, you will not be losing customers due to a long response time anymore. With a Shopify Chatbot, customers are more likely to contact you and work out their issues. More specifically, they will want to interact with you and come back again in the future.

Chatbots, in general, is highly convenient to use. When you have an online store like Shopify, the convenience only increases.

The main catch here is to find a Chatbot that is user-friendly and easy to use. Ideta can offer a Chatbot like this.

With Ideta, your Shopify Chatbot will be convenient for every age group and demographic. Customers will pick up the gist of it instantly. Also, they will be keen on using it. Essentially, what Ideta can offer you is the following: No more losing customers because of communication inconvenience!

Final Thought on Shopify Chatbot - Is It Worth It?

As you already learned, a Shopify Chatbot has many benefits. Companies like Google and Movie Mars already use it. What's more, with a Shopify Chatbot, these companies have achieved above-average conversion rates.

So, the only question is, what's stopping you from using a Shopify Chatbot?

Also, a Shopify Chatbot is a convenient way to keep in touch. It is suitable for you because it cuts costs. But, more importantly, it is ideal for your customers. not only does it save time for you, but it also saves their time.

The Shopify Chatbot can also retain and attract new customers, which will, in turn, increase your conversion rates. There is nothing to lose!

All signs point to a positive outcome - Your company will be better off with a Shopify Chatbot, and your customers more satisfied! 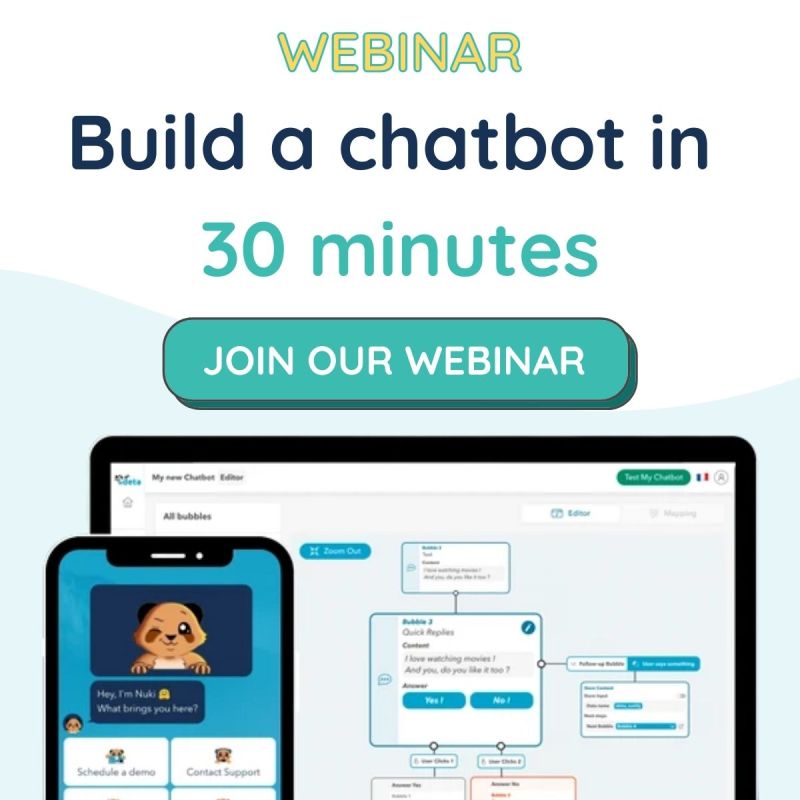 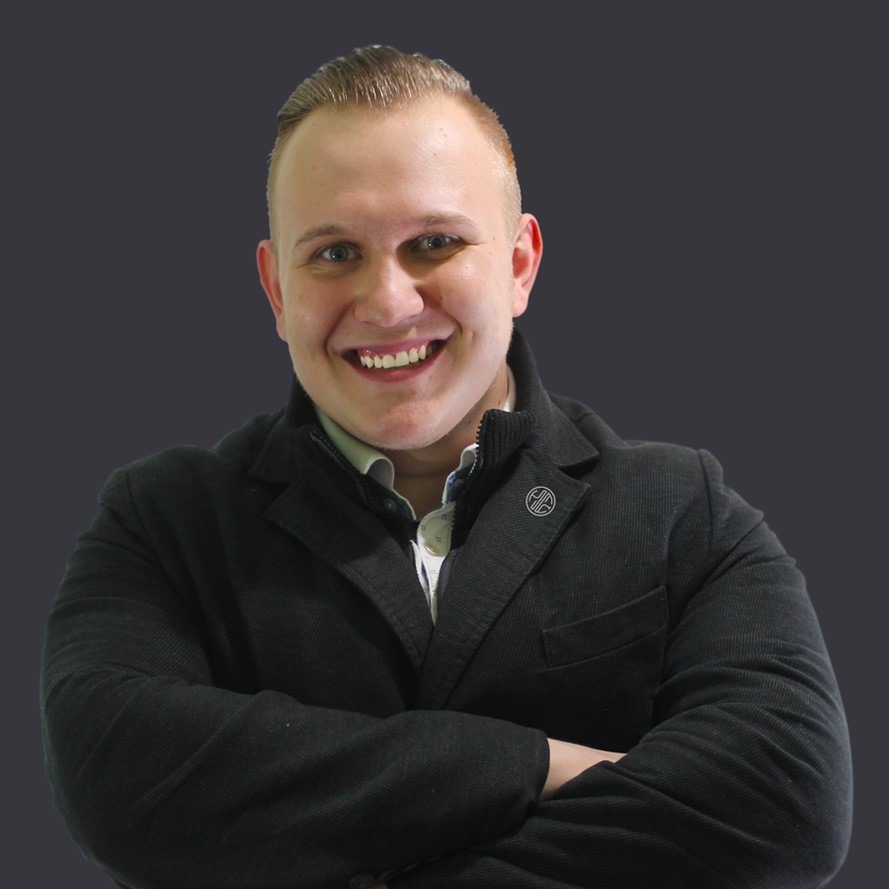 Bruno is an Entrepreneur and Marketing Enthusiast. He has extensive experience with SEO, loves how Google works and the potential it has to offer. 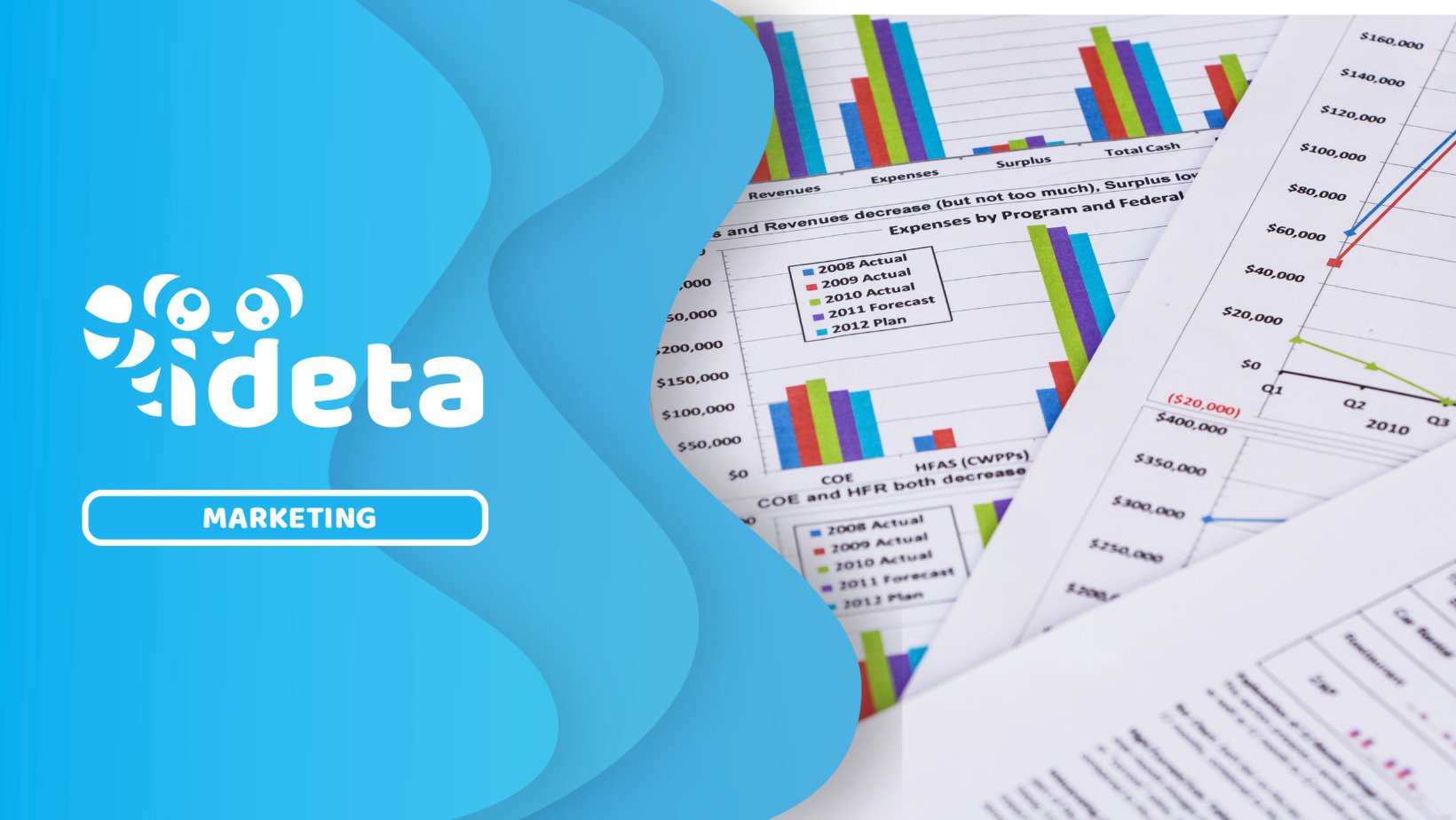 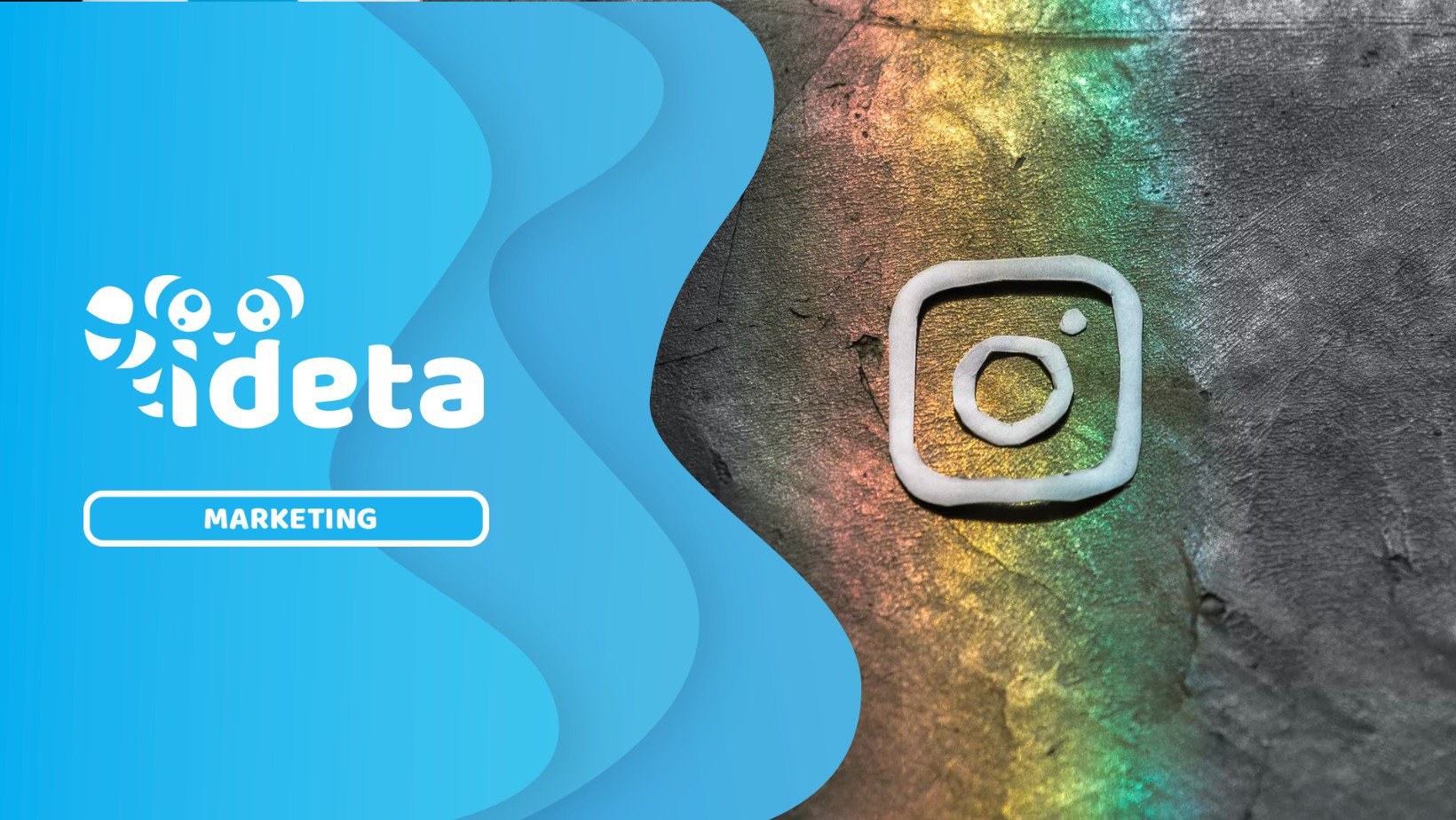 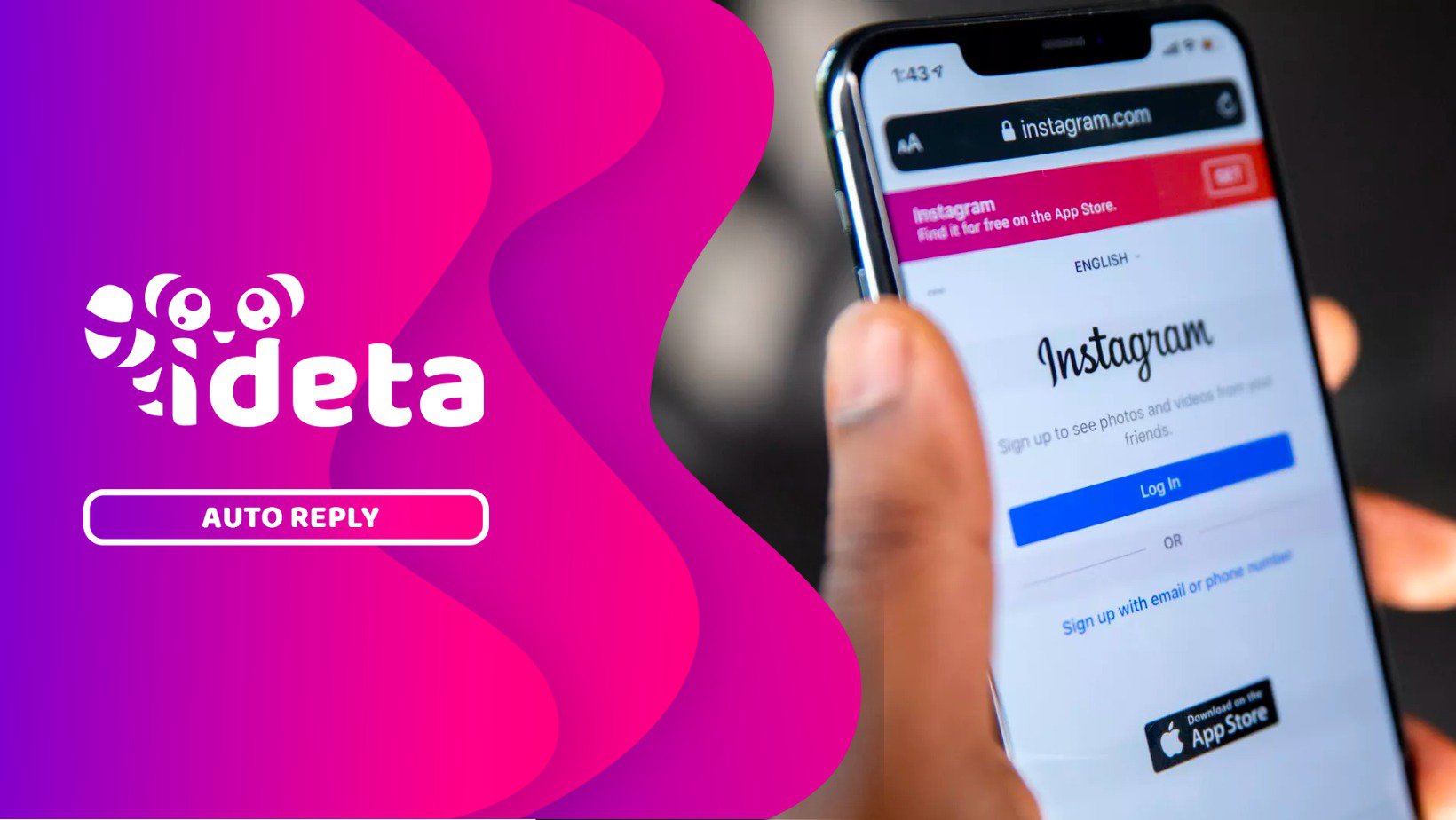